We just finished talking about the seasons and our favorite things about them, and we hoped you enjoyed them. Now, however, we’re on to tastier conversations! We’re talking about the most interesting restaurants we’ve visited and the best food we’ve ever eaten. This week we hear from someone who knows what’s up in the Nashville food scene, the owner, Jen. 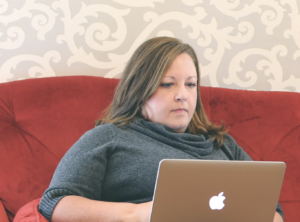 What is your favorite food/dish to make/have at home and why?

Okay, this is going to sound a little like a commercial, but here goes anyway… For years, I was somewhat of a terrible cook. I had a few dishes I could do really well, but everything else ended up a disaster, at least on some level. For one hilarious example, consider the chocolate chip cookies I once made with cornmeal instead of flour–by accident, I swear. My husband often accused me of trying to kill him. It was that bad.

For that reason, I would have just answered “steak” to this question for years, because I rarely messed it up. But then I signed up for Home Chef, and now I get to pick three to five different meals with recipes and the EXACT amount of ingredients that need to go into each dish. This “exact” part is important, because I know I won’t put too much or too little of something in the food and ruin it.

We now have something new and exciting all the time, so it’s hard to choose an absolute favorite. Liam still gets excited about steak, though. Mostly because getting good at Home Chef made me even better at cooking steak. And it made me somewhat decent at cooking my own foods now, too.

What is your favorite restaurant to visit and why?

Oh, wow. Nashville has a lot of restaurants, and I love a lot of them for different reasons. My most recent meal out was at Butchertown Hall, where I got a brisket burger. There’s a reason it’s been voted best in Nashville for several years. The actual brisket there is incredible, too. Like, melt-in-your-mouth amazing.

But sometimes I’m not really in the mood for a big plate of meat. Sometimes I want incredible tacos, and maybe even of the breakfast variety. Then, I either go to Redheaded Stranger or I order a bag of tacos to be delivered to my house. I usually choose the chorizo; the bean and cheese; and the bacon, egg, and cheese. When the melty mushroom one is available–which isn’t often because they sell out pretty immediately–then all bets are off.

Then, there are the times when I want a good pub meal, like fish and chips or Irish stew. That’s when we go to The Lost Paddy. They do a killer brunch, too, with a full Irish breakfast–unless, of course, they sell out of the sausages, which seems to happen a lot. Because it’s the best Irish breakfast in town.

I’ll probably think of fifteen other places I should have mentioned, but this is a good start.

Favorite type of food and why?

I mean, I don’t care if it’s long pasta like linguine or short pasta like fusili. I don’t mind if I’m eating marinara sauces or cream sauces. It can have meat or seafood in it, or maybe not. Lasagna. Bolognese. Ravioli. Bechemel. Ricotta. Mozzarella.

I love it all.

Oh, and that brings to mind another restaurant I should have mentioned. Nicoletto’s here in Nashville hand-makes their pasta and sauces every day, so it’s crazy fresh. I’ve never tasted anything like it.

You have to stop for fast food, where are you going?

Because I’m allergic to several preservatives and chemicals used in food, I have to be really careful with fast food. The only chicken nuggets I’ve found that I don’t react to are Chick-fil-a. Most burgers are okay-ish, but I have to give Burger King a wide berth for just about everything on their menu. For that reason, I’ll generally choose anything but fast food, or even hunger, if nothing else is available.

However, Arby’s does have their turkey sandwiches that don’t seem to bother me too much, so if we’re traveling and pass an Arby’s, I’ll indulge a little.

What is the best thing you’ve ever eaten?

This question is patently unfair. How could I possibly be expected to remember the be–

There’s a place in Huntsville, Alabama, called The Moon Bakery. Liam and I tried one of almost everything there the day we went. Well, I mean we had them pack up a box of stuff and crammed our faces with pastries over the course of a couple days.

I don’t know if it’s the best thing I’ve ever eaten. Trying to nail that down is like trying to pick the best dog. They’re all good. However, I can tell you that, beyond a shadow of a doubt, they were the best pastries I’ve ever eaten. No contest.

If you’re ever in Huntsville, go to The Moon. And tell Thom and Maddie I said hi.