Personal Profiles: No Place Like Home with Jacob Wilder

At Little Red Writing we’re prolific writers and aggressive marketers. It’s almost like we’re machines, but really we’re not. We’re people with our own personalities outside of the personality of our brand. So for some Friday fun, we want to pull back the curtain and show you the people that make Little Red Writing run. To do so, we’ll be running a series of profiles that ask a variety of questions from food to travel and even the important things like, “if you were an animal, what would you be?” We hope you enjoy getting to know our staff a little bit better! 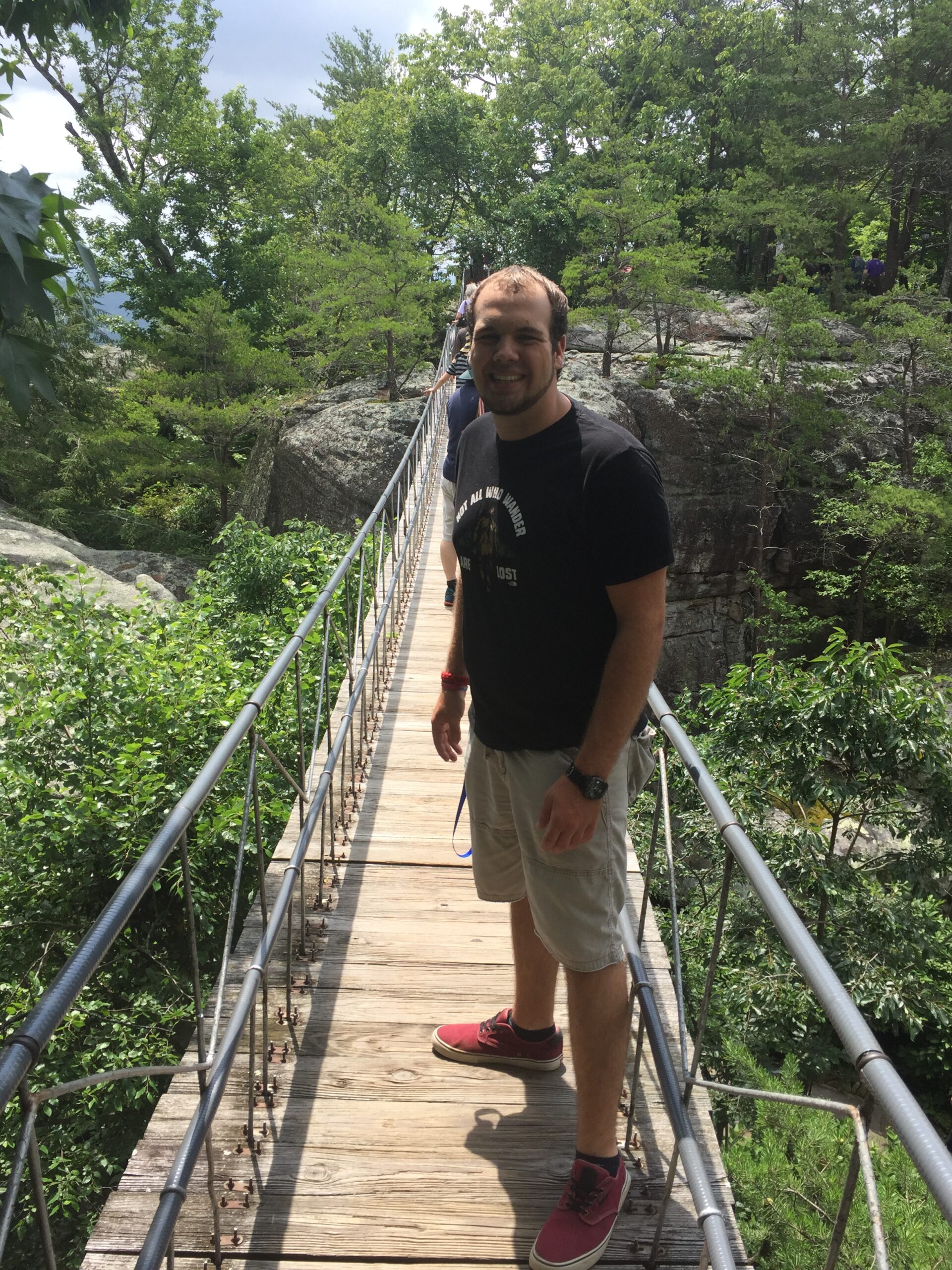 Our first series of questions, titled “No Place Like Home,” relate to things about your home/hometown and what makes your area home. This week’s profile is on Jacob Wilder. He’s a proud resident of Oakdale, Tn and is addicted to sports (mainly football) and music.

What is your favorite place in your city and why?

Oakdale is a very small town that you would miss if you blinked but I have several fun spots. I like going to the Bass hole on hot summer days and jumping off the rocky overhang into the crystal blue water below. The paradisal swimming hole is difficult to reach and journeying to the spot is an adventure all its own. If you’re wanting to stay dry, a jaunt down Roe Carter Rd on a four-wheeler or side-by-side would be another source of adventure. The breath-taking views of the mountains between the greater-Oakdale community and Wartburg are plentiful and there are trails for riders of all experience levels.

The one place that means more to me than anywhere though, is the Oakdale High School Football Field. I spent four years in the Oakdale football program and I made many incredible memories there. That was when I really fell in love with the game of football. Now I enjoy catching games on Friday nights, and while it’s not the same as it was when I played, it always feels like going home because everyone there is like family. Getting to see old coaches, the guys who work in the press box, and old teammates who randomly attend games still means a lot to me and it’s something I enjoy. I actually took a buddy who was visiting from out of town to the field and showed him around. Man, I love the soft bermudagrass under my feet, and watching the sun fall behind the peak of Lone Mountain out of the North-east endzone.

Do you have any pets and if so tell us about them and their personality/quirks?

I have a dog and two cats named Lamonte, Tit and Tat, respectively. Monty is a goofy black labrador puppy who likes to gnaw on your hand and arms if you let him. He also loves to eat fruits and vegetables like overgrown squash, zucchini, and cucumbers from our garden, blackberries, and blueberries from our vines, and a whole pineapple we let get too far gone.

Tit and Tat were stray kittens when they showed up at our house. We started feeding and they have made their home in our outside garage. Tit had to have her tail bobbed after getting into a scrap with a raccoon, but she is still one of the most beautiful cats I have ever seen. She sports black and orange tortoiseshell fur and she enjoys sitting in our dogwood tree in the front yard. She does not get along with Monty very well and the tree is her sanctuary. Tat is a calico colored cat with gray, orange, and white coloring. She is a slender cat due to the fact she is constantly on the prowl hunting for lizards, snakes, bugs, mice, chipmunks, and moles. She loves hanging around Monty when he settles down and will rub against his face to get his attention.

What is your best lazy day?

Personally I love rainy days. I like it when there’s a slight drizzle and it’s really too cold and rainy to get out. I’d start the day with some reading while I’m in bed, then I’d probably play games on the PS4. After a few hours of that, it’s definitely time for a movie marathon. Hope the lazy day hits when there’s plenty of popcorn in the house haha.

What are a few of your favorite/quirky knick-knacks laying around your house that have value or meaning to you?

I guess the two most meaningful ones would be a Funko Pop Terry Bradshaw figure that a friend sent me for my birthday. I dubbed him Tiny Terry. I’m a huge Steelers fan and in my opinion, Terry Bradshaw is one of the greatest to ever chuck the pigskin. He accompanies me on all my FDL Zoom calls (I’m a commissioner of a fantasy football dynasty league) and he sits with the rest of those figurines on the bookshelf. It was really meaningful because the friend who sent it is a really close friend and it was just very thoughtful.

The other meaningful piece is a Ukulele that my girlfriend got me from her trip to St. Marteen. She likes to go on cruises and that was the first one that she had gone on while we were dating and the thoughtfulness to bring home such a cool gift was really kind. I’ve not learned how to play it yet, but it’s still a reminder of her thinking of me which is sweet.